99Boulders was started in a college dorm as a bouldering blog (hence the name) and has since grown into one of the internet's most popular outdoor gear review sites, with over 2 million annual readers.

Stephanie grew up in Pennsylvania and is a life-long adventurer. She has taught English in Taiwan; backpacked through Asia, Europe, and South America; worked as a North American tour guide; mentored at-risk teenagers in Utah’s wilderness; and worked as an outdoor educator for elementary school students. From her current base camp in Salt Lake City, Utah, Stephanie spends most of her free time backpacking, hiking, climbing, and exploring the mountains and deserts of the American West.

Alex is the owner and editor of 99Boulders. He’s been climbing since 2014 and testing and reviewing outdoor gear since 2015. His work has appeared in top climbing sites such as 8a.nu and Rock & Ice’s website. He just got back into climbing after wrist surgery, so when he’s not working on the site he can be found at the climbing gym training hard to regain all the strength he lost while injured.

Alex is a contributing author and gear tester for 99Boulders and has been pushing the limits of what gear can do for the past six years. As a proud weekend warrior, she’s on a mission to backpack, ski, kayak or sail in all the choicest spots across America. You could probably convince her to hike up pretty much anything for a good summit beer. You can read more of her writing on her blog, Wander Writings. 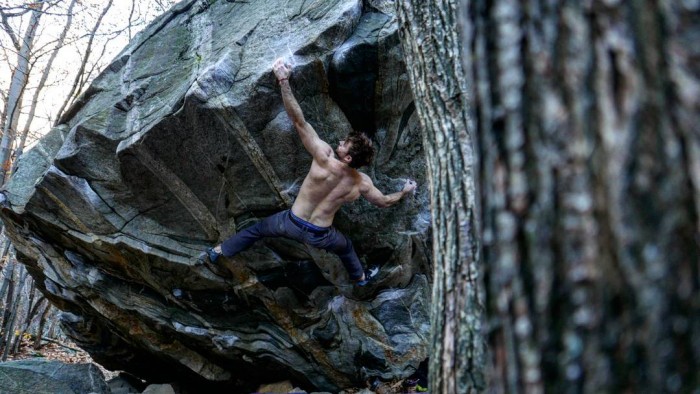 Raised in the mountains of Ireland, Danaan is a man on a mission to combine his two favourite things — adventure and bouldering. Danaan lived in Sheffield, UK (one of the largest climbing hubs in Europe) for 4 years where he worked as a coach alongside many of the GB Climbing Team coaches. This means he knows a thing or two about training. He’s now off on worldwide wander and you can follow his adventures on his Instagram.