We bought six of the best hand warmers on the market and tested them over the course of a month. We used them in daily life, measured their runtimes and heat output, and took them outdoors for some climbing and hiking to see how they hold up in the cold. The overall winner was the Zippo 12-Hour Hand Warmer, which runs on lighter fluid (sold separately).

Warming up hands is a topic near and dear to my heart. I have a mild case of Raynaud’s Syndrome in my fingers, which means that my arteries don’t circulate efficiently to the extremities.

This poses a challenge because, as a climber, I often find myself outdoors in cooler weather. Fall brings the best climbing temperatures, but it means battling numbness with every outing.

The utility of hand warmers isn’t limited to climbing. On ski days, mountain trips, or even just chilly cookouts, hand warmers are a major quality-of-life upgrade. In this test, I was out to find the best hand warmer for as many outdoor applications as I could.

This is a sentence I don’t get to write often, but every product made a strong argument for itself. They all have pronounced strengths and weaknesses, which lend themselves to different styles and activities.

Curious which will work for you? Read on. 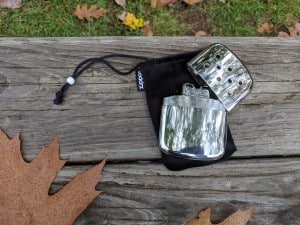 At the beginning of this test, I was nervous about putting a device that burned lighter fluid in my jacket pocket.

But by the end of testing, the Zippo was my favorite warmer.

The Zippo does require extra work. You must first fill the small plastic fuel funnel, remove the device’s catalytic burner, fill the tank, replace the burner, and use a lighter to begin the catalytic process.

Once lit, the (flameless) combustion cannot be stopped or turned off.

The Zippo is messy to fill, smells a little like lighter fluid, and requires filling before each trip. The catalytic burner will eventually need to be replaced (Zippo sells extras), and you have to buy lighter fluid separately.

These are minor inconveniences, but they add up. If you want a warmer that requires no effort, this is not the one.

But once lit, the Zippo was the most reliable and useful hand warmer in the test. It didn’t quite live up to its name, but I got about 11 hours worth of heat from a tank of fluid. That’s the longest in the test, and the Zippo remained at a consistent heat.

It comes with a fabric pouch to spread heat during use. Placed inside, it emits a gentle glow of heat.

When my hands were severely cold, I preferred to take the chrome hand warmer out of the pouch, where it became one of the warmest devices in the test. Heat can be roughly adjusted by how much oxygen the burner receives.

Even better, the Zippo isn’t fragile. The electric hand warmers couldn’t handle cold, had inconsistent battery life, and had to be protected from falls.

The Zippo was simple, reliable, and supremely durable. To cap it all off, as of this writing the Zippo is the cheapest of the reusable hand warmers.

Those virtues overcame the inconveniences and won our hearts. The Zippo is messier than most hand warmers, but it makes up for it with enduring heat and excellent reliability. 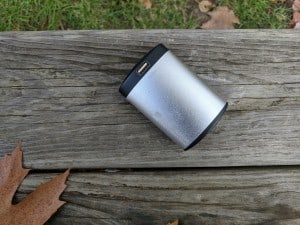 Here’s a riddle: why did the electric warmer with the smaller battery last longer?

I don’t know the answer, but that’s what happened in our testing.

With remarkable consistency, the smaller Human Creations hand warmer would outlast its sibling by thirty minutes to an hour.

It’s just as hot, a couple ounces lighter, and retails for a little less. As a result, it takes home our award for the best electric hand warmer.

The best part about electric warmers is the heat. Outside in the cold, they were hottest to the touch. The conductive metal surface dissipates heat quickly, but warmth always returns after a moment or two. The Human Creations warmers were usually the quickest way to warm up numb fingers.

The EnergyFlux Ellipse is the more diminutive of the two, but it’s a nice shape. The controls are simple: hold the power button for heat, tap it again to enter the High setting, and hold again to turn it off. Three blue lights denote battery levels.

Where the electric warmers struggled was consistency. Human Creations advertises a 6.5-hour lifespan at room temperature, which I found the Ellipse could routinely exceed.

But outdoors in the cold, it struggled to break 6 hours and sometimes died an hour or two earlier. This is a quirk of electric warmers, and Human Creations acknowledges the fact with an asterisk in their marketing.

Still, it’s frustrating to be uncertain when your hand warmer will give out.

As a small bonus, the electric warmers can be used as battery packs to charge devices. 5200 mAh isn’t that much, but it gets the job done in a pinch.

(If you’re looking for a standalone battery pack check out our reviews and recommendations in our guide to the best portable battery packs.)

For their heat and easy reusability, electric hand warmers are worth a look, and the Ellipse was our favorite. 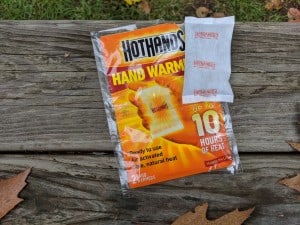 HotHands is a favorite in the world of disposable warmers, and they managed to best their rival Grabbers in our testing.

The traditional HotHands hand warmers weren’t the hottest. They don’t provide as much surface area as the Super Warmer or the reusable warmers. In the first hour or two after activation, the Grabber warmers often felt hotter to the touch.

But the HotHands was consistent: it was hot enough and remained hot throughout its lifespan.

By contrast, the Grabber hand warmers tended to have an initial flare and then subside.

The smaller warmers aren’t quite as hot as the larger HotHands Super Warmer, but in our testing they were more consistent. They also got close to their advertised 10-hour lifetime.

The great advantage of disposable fabric hand warmers is durability. If you’re tossing a warmer in your chalk bag (which I frequently do when climbing outdoors), you’ll be throwing it out at the end of the day.

When one warmer runs out, you can just start another — at less than an ounce, the HotHands warmers are light enough that you can take plenty.

The smaller warmer is a good size for many applications like placing in climbing gloves or chalk bags. Add in the fact that you get twice as many warmers per package, and it’s clear why the HotHands warmers took are our favorite disposable option. They’re reasonably hot, consistent, and durable enough to go anywhere.

Reviews of the 3 Other Hand Warmers We Tested 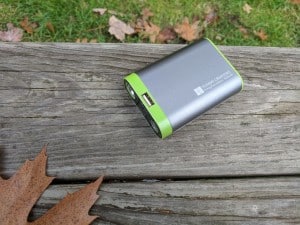 For a product named the Enduro, this warmer was a bit of a letdown.

It’s versatile and hot, but it failed to match the lifespan or consistency of the smaller electric warmer.

Like the Ellipse, the Enduro has two heat settings, a charging port, and a USB output for charging devices.

The Enduro is more effective as a portable battery thanks to its larger capacity. It also has a flashlight, which is a nifty addition but didn’t feel strictly necessary.

Along with the Ellipse, the Enduro was the hottest warmer in the test, especially on high. Unfortunately, it couldn’t match the Ellipse’s runtime.

Its battery indicators were less reliable too, changing suddenly from two dots to blinking empty.

At 196 grams, it’s the heaviest warmer in the test. The chunky curves are nice to hold, but the Enduro doesn’t fit well into pockets, and forget about gloves.

The nail in the coffin is the price: the Enduro is the most expensive warmer in this test.

It scored well based on its heat and usability, but unless you need the extra battery capacity, the Ellipse is our electric warmer of choice. 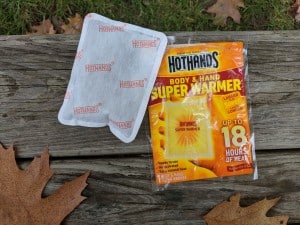 As far as I can tell, the Super Warmer is essentially two HotHands Hand Warmers stitched together into a larger pouch.

It behaves almost exactly the same, with decent heat and a large surface area.

The Super Warmer isn’t as convenient to stuff in gloves, but it’s quite pleasant to hold or stow in a jacket pocket.

Where the Super Warmer failed was consistency. Far from achieving its advertised 18-hour lifespan, the Super Warmer usually gave out between hours 10 and 11 — hardly longer than its little sibling.

That’s still plenty of time, and having an extra-large disposable warmer was handier than we thought it would be. But for the price, we’d still opt for the smaller warmers most of the time. 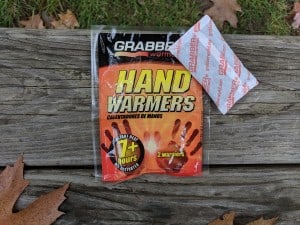 The Grabbers warmer scored lowest in this test, but that’s not because it was particularly bad.

Sadly, after that initial peak, the Grabbers tailed off. By hour 2 or 3, they were noticeably fainter than the HotHands.

And although they exceeded their advertised lifespan of 7 hours, they couldn’t touch the 10-hour runtime of the HotHands.

The Grabbers only make sense for specialized uses. If you need a disposable warmer for relatively short periods (like a send attempt on a climb), the Grabbers warmer may be the hottest at the outset. But if you prefer a more consistent heat, turn to the HotHands.

Here are the best hand warmers:

How to Choose the Best Hand Warmer for Your Needs

Reusable hand warmers are much more expensive than disposable ones, but you only have to buy them once. If you seldom use hand warmers, the investment may not make sense, but otherwise reusables are worth a look. They’re substantially hotter and provide a more uniform heat source.

The downsides are durability and size. Reusable warmers require maintenance, which means they can’t be forgotten or misused.

Because of the extra size, reusable warmers won’t fit in most gloves — they work best in a pocket or as a quick way to warm the digits.

There are two types of reusable hand warmers:

Disposable hand warmers are cheap, durable, and long-lasting. You don’t have to worry about breaking or misusing them, and if you lose one you can just open another. They’re the lightest warmers, which is an advantage on backcountry trips.

In testing, however, disposable warmers were less hot and less uniform. They were slower to warm up cold hands, and displayed more variability between peak performance and low performance.

If allowed to stiffen, heat can disappear until the warmer is re-shaken. The convenience is great, but disposable warmers are not the most efficient heating system.

All disposable warmers run on a chemical reaction that oxidizes iron powder. They require no maintenance or preparation and begin reacting on contact with air. They can take around half an hour to build up heat.

In the first phase of testing, I did trials to test the warmers’ heat ouptut and runtime.

Heat output was difficult to measure because the surface temperature of the warmers was highly variable. I ended up trusting the impression that mattered most — which device was warmest to the skin. The ratings in the chart below are on a scale of 1 to 10 and based on skin contact while outdoors.

For the runtime tests I activated all the hand warmers and timed how long it took them to die. I repeated this test multiple times, and the numbers in the chart below represent an average of trials.

Note: The electric hand warmers’ times are for the “Low” heat setting.

In the second phase of testing, I took the warmers out on activities from climbing to hiking to bike trips across town. I used the warmers in as many ways as I could think of and rated them in three categories: heat, consistency, and durability.

Smartwool Socks Review: Are These Classic Hiking Socks Worth It?