Black Diamond GridLock Magnetron Review: Is It Worth It? 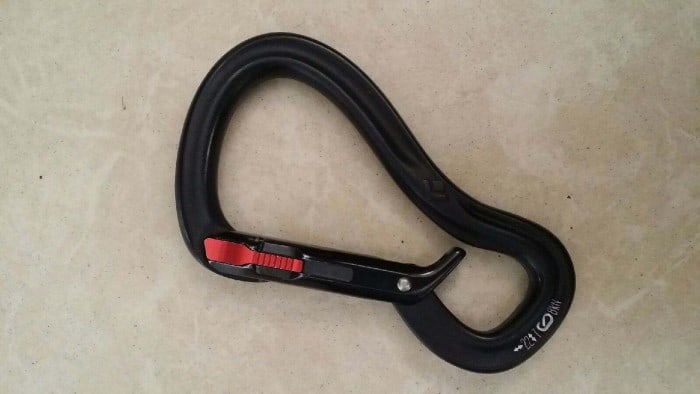 The GridLock Magnetron is novel, but in the end it’s a tough sell.

The shape of the Black Diamond GridLock is unique and innovative, and it works well as an anti-crossloading aid.

Unfortunately, the carabiner isn’t able to overcome the inconvenience of its opening and locking mechanisms, especially in the Magnetron form that we tested.

That’s before you factor in the GridLock’s stratospheric price. If you’d like the safest possible belay carabiner, this would be a good candidate, but in our opinion the sacrifices are too hefty to make the GridLock worth it.

The GridLock is one of the most foolproof carabiners on the market. Its anti-crossloading mechanism is effective and understandable, and the carabiner can be configured in either direction (depending on what device you’re using). The auto-locking Magnetron system also means that there’s zero chance of forgetting to lock the ‘biner. Those features make for a belay package that’s a little more airtight than most, although there’s still no substitute for vigilance. 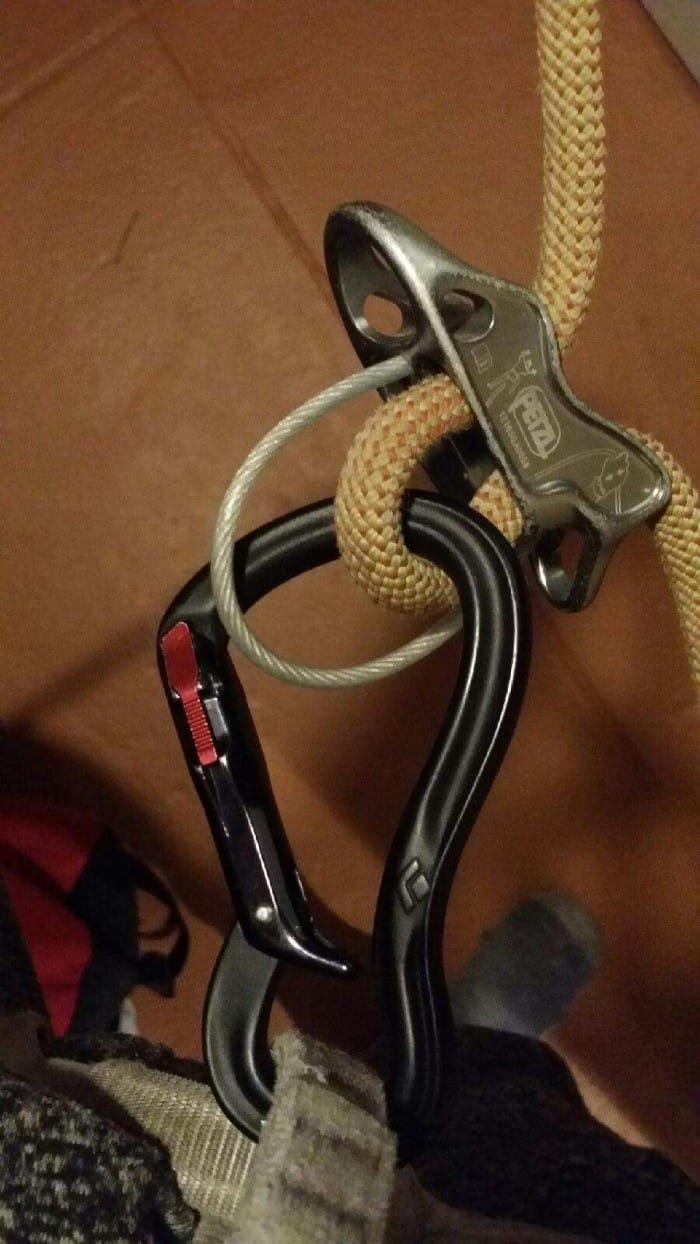 The GridLock is a snap to belay with — once you have it set up.

The shape of the GridLock is creative and effective. A small tab crosses the carabiner at the base of the gate, which is what prevents the GridLock from crossloading. In order to make the ‘biner narrow enough, the spine tapers down quickly while leaving a wide basket. Everything still feels easy and usable in your hand, and the basket remains wide enough to accommodate knots like the Munter hitch. Even though it performed poorly relative to other locking ‘biners we tested (ranking 11th out of 12), it’s a clever piece of engineering.

Despite their eventual clumsiness, the design features of this carabiner are pretty neat. If nothing else, having tiny magnets lock your carabiner for you makes you feel like a cool kid when you put your partner on belay. Integrating the anti-crossloading tab with the gate is also a more intuitive design than some other systems I’ve seen, though it comes with its own set of drawbacks. 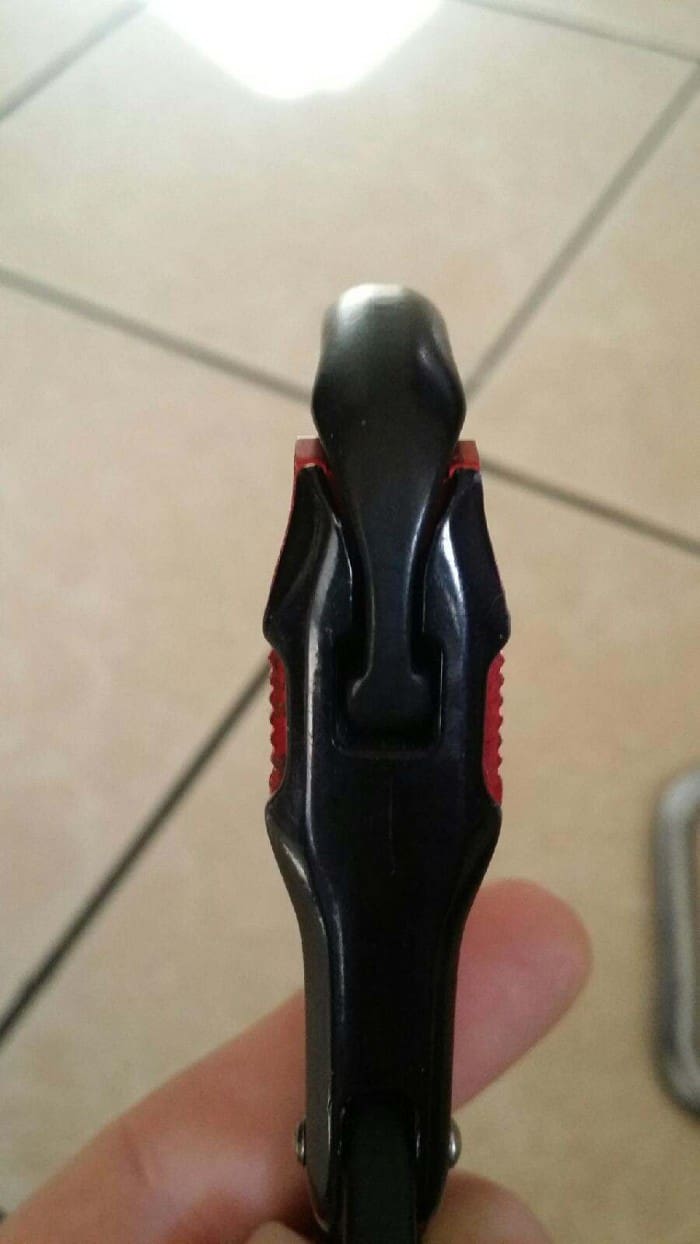 The whole process takes about as long to perform as it takes to read, and it’s a noticeable difference. “It’s too irritating and too many steps to get it fully loaded,” said one tester of the GridLock. When you’re trying to be efficient about your belays, this is a real setback.

If you’re patient enough to set it up, the GridLock is a capable belay ‘biner. But if you’re hoping to use it for anything else, think again. The anti-crossloading tab makes it a pain for any other task. This is no surprise — even Black Diamond’s site admits that the GridLock is “designed specifically for belaying.” If you only plan to use the GridLock as a safe belay option, that’s fine. But if you prefer to have some adaptability, the GridLock is not for you.

The same features that make the GridLock so safe also make it a clunkier at times. If you need to carry a belay device up a multipitch, the GridLock will be fussy on your gear loops. If you’re wearing climbing gloves, the Magnetron system is tricky to operate. If you need to set up a belay in a hurry, the tab is going to get hung up at the worst time.

One tester even found that the tab would occasionally pinch her belay loop when she tried to remove the carabiner, which made it even harder to open. Again, if the GridLock is confined to gym duty, this might not be a dealbreaker. Otherwise, it’s aggravating.

If you’re looking for an extremely safe carabiner to be your dedicated belay carabiner (especially in the gym), and you’re willing to sacrifice some convenience, then the GridLock could be a good option. You should be prepared to lose some time fiddling, but smooth operation will probably improve with experience. I personally don’t like having to modify my belay routine based on carabiner or climbing venue, so I’ll stick to a traditional HMS. For those willing to trade routine for an ironclad belay connection, the GridLock is worth a look.

The GridLock Magnetron is the most expensive carabiner we tested. And it’s a significant price bump, even for safety features as fancy as these. I’m all for risk management, but in this case I don’t think that the GridLock provides a particularly good value. The screwgate version is more reasonable (although still not quite a bargain).

How the GridLock Magnetron Performed in Our Testing

The GridLock earned a respectable score in this category due to its belay capability, but it lost points on versatility. It’s very good at its job (once set up), and it has all the bells and whistles. It can’t do much else.

The GridLock had a mediocre score in this area. The auto-locking mechanism is slick, but overall the carabiner isn’t all that intuitive or easy to use. It’s just clumsy enough to notice, especially when you have to repeatedly open and close it.

This was another weak point for the Gridlock, which is large and on the heavy side. The anti-crossloading tab doesn’t do it any favors, although it’s still easier to carry than the similar Metolius Gatekeeper. 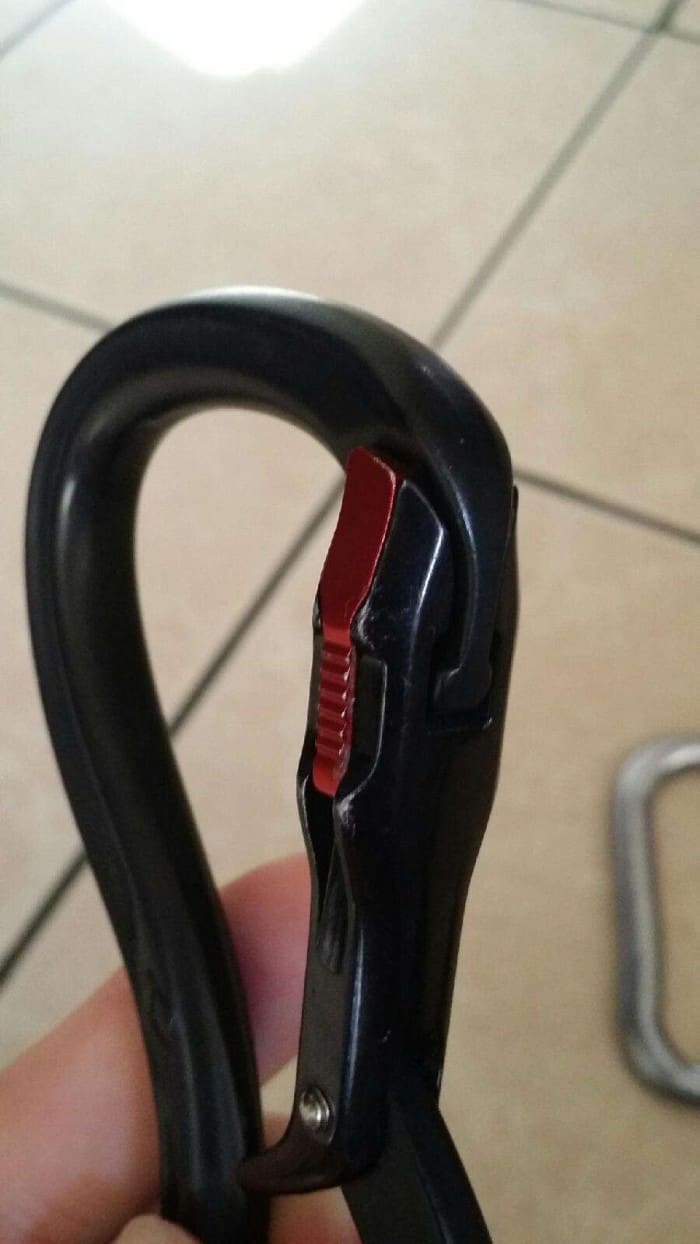 The GridLock’s chunky construction makes it heavier and less versatile.

The GridLock Magnetron is worth a look if you prefer the safest option, you’re not concerned about convenience, and you’re willing to shell out a few extra dollars. I personally haven’t found crossloading dangerous enough to invest the time or money, and I prefer to check that my carabiners are locked manually. Still, it’s hard to put a price on safety, and some users might find peace of mind in the GridLock’s feature set.