As a protein bar addict, I wanted to find out once and for all what the best RxBar flavors were. So I set about doing a taste test.

I bought a variety pack of the most popular RxBar flavors, and spent an afternoon tasting and ranking them.

Here are the results.

To see how RxBars compare to options from other top brands, check out our guide to the best energy bars.

Comparing more than two things at a time is difficult. That’s why your optometrist only ever asks you to choose between “1…or 2. 1…or 2.”

Accordingly, our taste test was structured like a tournament bracket. Only head-to-head match-ups were allowed.

I tasted contenders one right after the other to avoid any lapses in comparative tasting abilities. The winner advanced while the loser was matched up with another loser until every bar had been ranked from best to worst.

Here are those rankings. 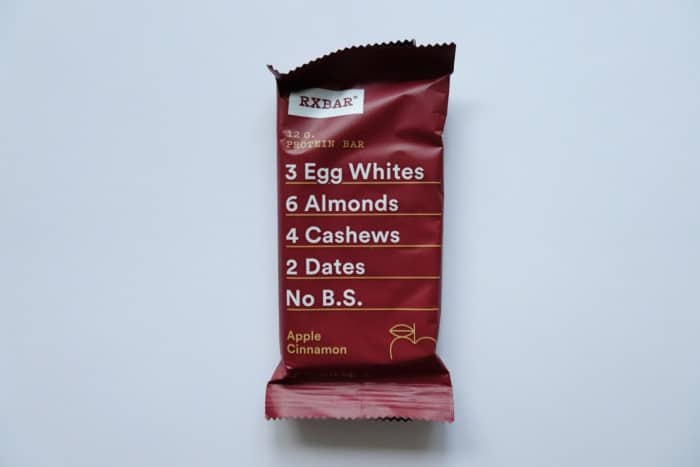 The worst flavor, and the only one that I wouldn’t classify as good. All the other flavors I tried I’d have no problem eating again.

Apple Cinnamon on the other hand? Thanks, but I’ll pass.

This flavor isn’t horrible by any means, it just has a slightly off taste and aftertaste. It’s apple pie-y with a subtle, almost metallic undertone.

Coffee and chocolate: a classic pairing bound to be instantly delicious, right?

This bar has a yummy coffee smell, but the coffee taste is lacking. The chocolate taste doesn’t make a strong showing either. The other chocolate-containing RxBars had chocolate chips that melted in my mouth into a puddle of gooey goodness. Weirdly the chips in this flavor were not the same.

It’s usually hard to go wrong with coffee and chocolate, but this is an underwhelming combination of the two. 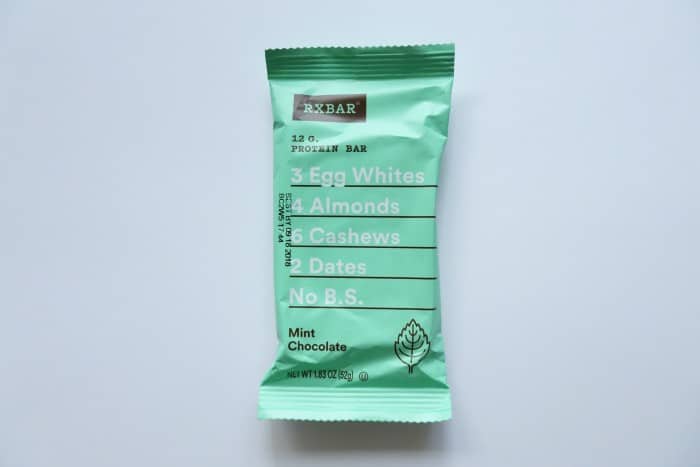 I’m someone who actively avoids minty sweets and hates Thin Mints (sue me). That this flavor isn’t ranked last is a testament to how good of a mint chocolate flavor it actually is.

The mint flavor is on the milder side, which I prefer. Don’t expect to feel like you’re exhaling icicles after eating it, like you do after eating a York Peppermint Pattie. It’s more balanced than that and not as overpoweringly sweet.

Though all RxBars are tough and chewy, this one was particularly so. At least it has the gooey chocolate chips to make life instantly better. 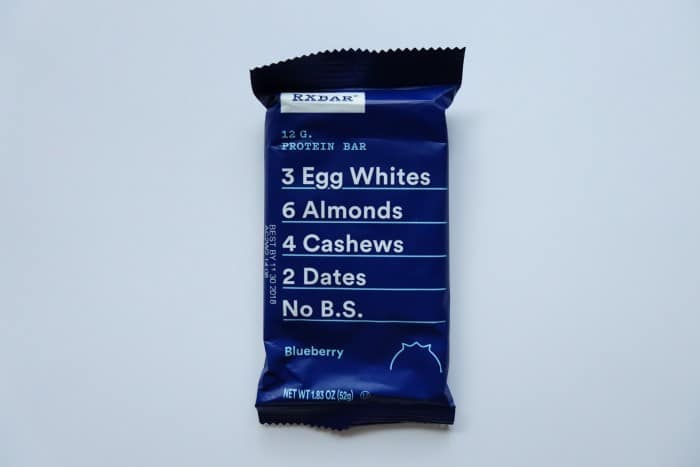 In other words, I eat a lot of blueberries. I’ve become intimately familiar with their flavor.

Those of you hoping for a natural blueberry taste will be disappointed with this bar. The blueberry flavor is more reminiscent of blueberry-flavored sweets than the actual fruit.

But I can definitely see some people being big fans of this flavor. At the time of publishing, RxBar includes it in their Best Seller Pack. Give it a try if you tend to like blueberry snacks. 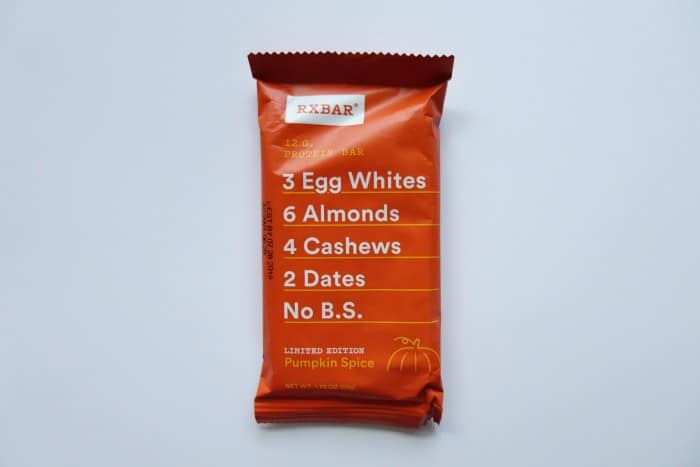 By “Limited Edition” I hope RxBar means their Pumpkin Spice bar is seasonal.

I tend to avoid the pumpkin-spiced everything that, come October, lines the shelves at my local Trader Joe’s. But I’d gladly make an exception for this bar.

It’s well-balanced and not overly spicy. The taste reminds me a little of pumpkin pie and my mom’s homemade pumpkin bars, my favorite dessert.

It’s an excellent take on a seasonal classic — grab one when they’re back in stores. 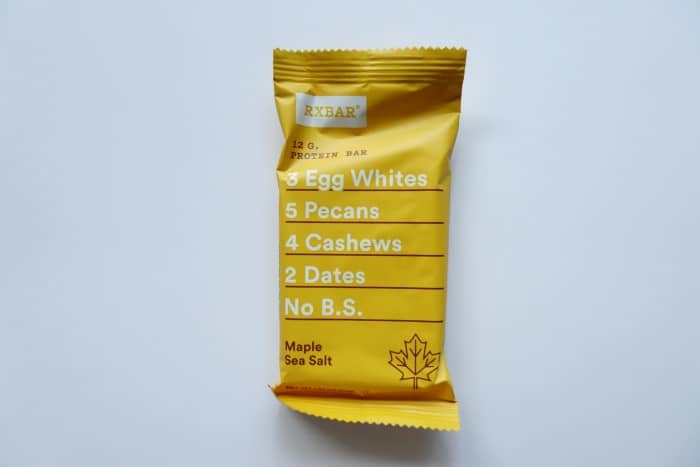 Maybe it’s because of my Canadian ancestry or my insatiable sweet tooth, but I love anything maple. As a kid I would pour maple syrup into a spoon and eat it straight.

The Maple Sea Salt RxBar delivers. Unlike some of the other flavors (I’m looking at you, Mint Chocolate) the bar is actually kind of moist which makes for a welcome chewiness among the jaw-tiring toughness of most RxBars.

Maple is such a strong flavor that it can quickly become overpowering if its sweetness and mapley-ness isn’t somehow moderated. The sea salt sprinkles do their job in that regard, and the pecan and cashew pieces add a nice texture.

I was only slightly tired of the maple flavor by the time I finished the bar. 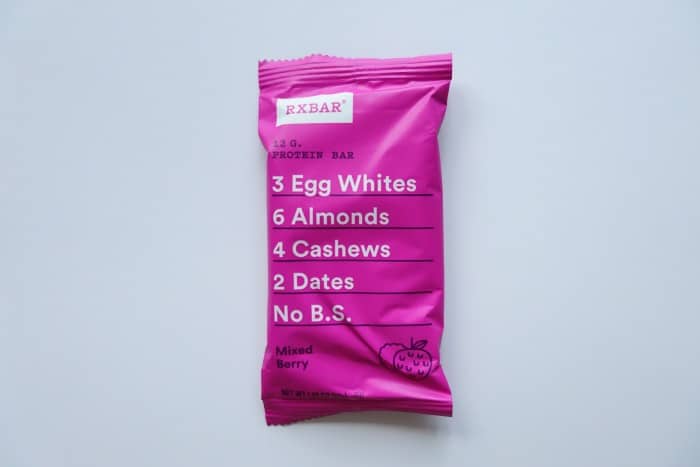 Upon taking a bite of Mixed Berry my mind wandered to flavors from my childhood.

“What is it this reminds me of?” I wondered. Cap’n Crunch’s Crunch Berries? Or is it Blue Raspberry Airheads? Frankly I didn’t sit around thinking for too long. I was busy taking another bite.

The Mixed Berry has a pleasantly fruity taste and smell. It isn’t true to any berry flavor I’ve ever tasted, but it’s yummy nonetheless. The more I ate it, the more I liked it. 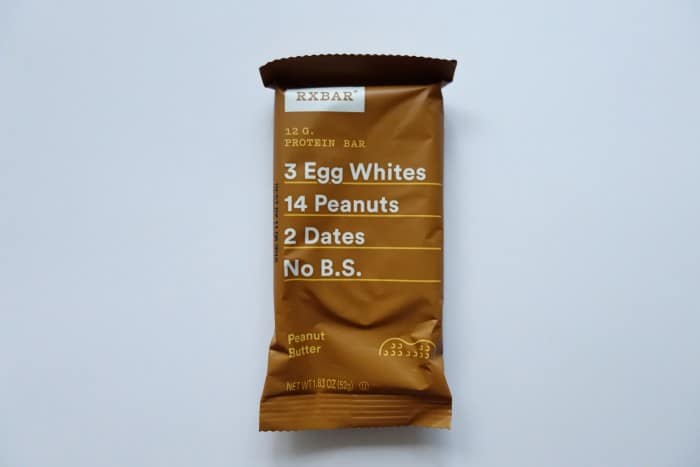 Now we enter the Top 3, the domain of the powerhouse flavors.

Texture-wise the Peanut Butter bar is the best. It’s still drier than I’d like but nice and slightly crumbly without any almond hunks to maneuver around.

The balance of sweetness and saltiness was a welcome reprieve from some of the other flavors which at times feel like candy bars. Like many RxBars the flavor is strong without being overpowering. Your sweet tooth gets satiated without any of the regret of eating something that has more sugar than you’d like.

If you’ve had the Peanut Butter Cookie Larabar before (one of the best Larabar flavors), this bar is similar. 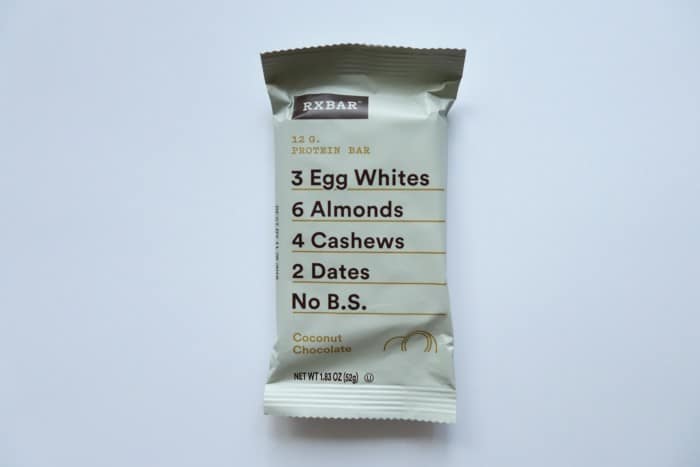 I’m not a huge fan of Mounds, so I didn’t have high hopes for this flavor. I was pleasantly surprised when I tried it: it has a mild yet crisp coconut flavor that balances well with the chocolate.

It’s also one of the chunkier bars in the lineup. Shredded coconut, almond pieces, and chocolate chips all add good texture. Look no further if you like your protein bar to have a good crunch.

And unlike Mounds and many other coconut-containing candy, this flavor isn’t overbearingly sweet. I’d be happy to eat it any day. 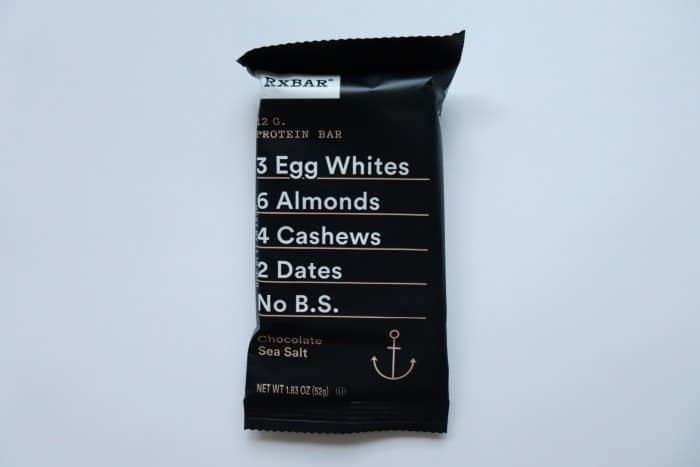 If you’re looking for the best RxBar flavor, look no further. Chocolate Sea Salt is the clear winner. It’s rich, indulgent, decadent even. The bar’s gooey chocolate chips are as close to heaven as you’ll get while eating a protein bar.

Oh, and it’s also RxBar’s best seller. So, you know, social proof and whatnot. 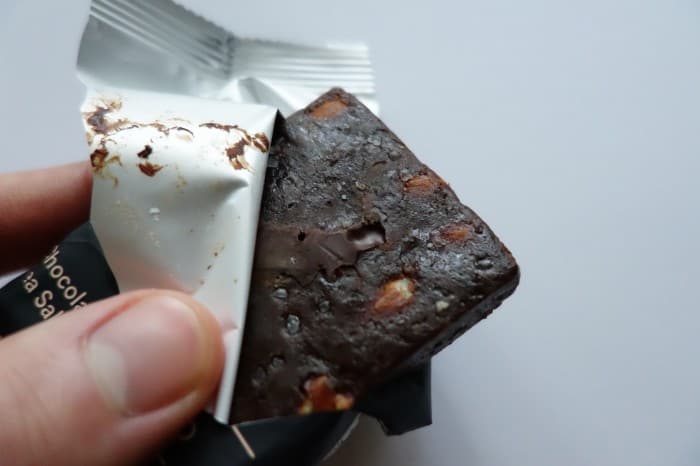 Here are the best RxBar flavors:

Despite scouring Amazon for a good RxBar variety pack (this one) and filling in gaps by browsing the bar section at Trader Joe’s, I still missed some apparently awesome flavors. Forgive me.

Jetboil Flash vs. Jetboil Zip: Which Camp Stove Is Right for You?

Where to Buy Condiment Packets for Camping & Backpacking