According to Industrial Revolution, the maker of UCO products, they have — like many other brands — recently discontinued their strike anywhere matches:

Due to this, the UCO matches are now becoming harder and harder to find. If you’re lucky, you might find them at Academy or Cabela’s. (The ones I used for this test I purchased at Academy.) 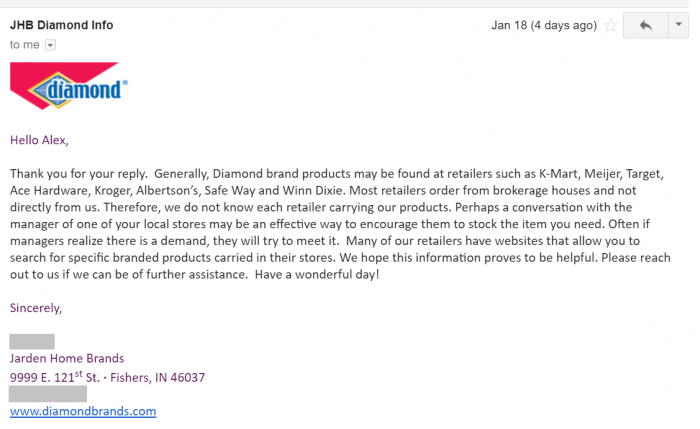 The final brand we tested was Penley Strike Anywhere Matches. They were by far the worst. They’ve also been discontinued for a while now. While you may be able to find these matches online, as I did, I recommend you first read about why I’ll never buy strike anywhere matches online again.

If you are serious about finding strike anywhere matches, though, this is my recommendation to you:

Why You Should Trust Me

First off, we didn’t accept any matches for free from any companies. Instead, we spent our own money to purchase the strike anywhere matches included in this test.

Second, I spent the better part of a day testing the matches side-by-side by striking over 150 of them on a number of different surfaces and recording the results. It is from these results that I have drawn my conclusions.

How I Decided Which Strike Anywhere Matches to Test

We usually have a selection process to narrow down the number of products included in a side-by-side test. For this one, though, I didn’t do that.

After all that, I had three different brands of strike anywhere matches: 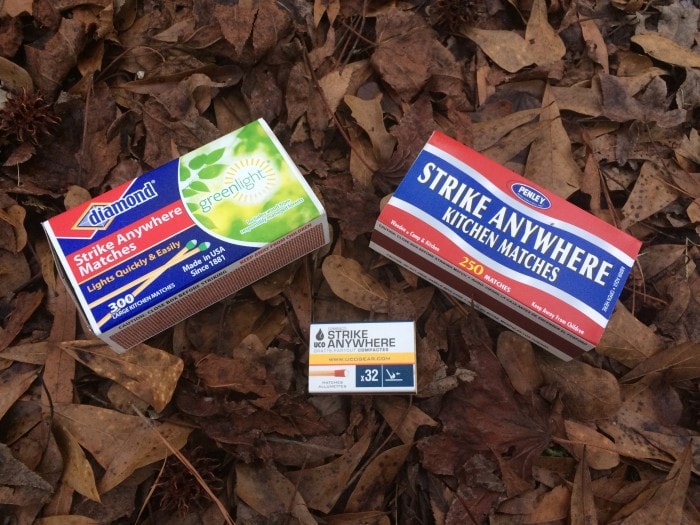 To my knowledge, there are no other brands of strike anywhere matches widely available in the United States at this time.

My tests focused around striking the matches on a number of surfaces you might find in the outdoors or around your house. The surfaces tested were:

Our Top Pick (if You Can Find It) 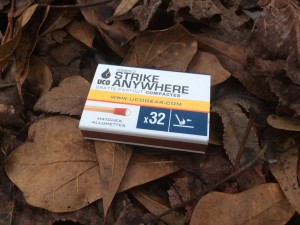 After all our tests, we think the UCO Strike Anywhere Matches are the best strike anywhere matches available today. However, as I mentioned above, they have recently been discontinued.

Discontinued products usually aren’t included in our articles, but I chose to include these matches for two reasons:

The UCO matches received our Top Pick award because, when we struck them across all our testing surfaces, more of them lit than any other brand. Here is how many lit during our tests, broken down by striking surface:

These matches were also easy to light. They mostly took just one or two strikes.

Finally, because the UCO matches are shorter, thinner, and come in small boxes with 32 matches, they are ideal for camping, backpacking, or any outdoor activity where you want to minimize pack weight. The average weight of a box of UCO matches was 0.23 oz as compared to over 2.4 oz for the other two brands.

An unfortunate reminder, though, is that you likely won’t find these matches. They have been discontinued. Your best best is to visit your local Academy and Cabela’s, but I predict they will soon be gone from store shelves.

Our Runner-up (You’ll Probably Have to Buy This Brand)

The Diamond Greenlight Strike Anywhere Matches were a close second to our Top Pick. Due to that, we gave this brand our Runner-up award, and it’s the brand you’ll probably have to get if you’re serious about buying strike anywhere matches.

Because they are, as far as I can tell, the only strike anywhere matches widely available in the United States at this time. See the email in the introduction for information on where you can find them.

Some people talk poorly about them online, but the large ones performed well in our tests. They lit easily on wood, rock, and brick, though not as easily or consistently as our Top Pick. Here are the results, broken down by striking surface, of how many matches lit successfully:

These matches burned for an average of nearly 40 seconds during our Burn Time Test, the longest of the three options.

One downside for campers and backpackers, though, is that these matches come in large and bulky boxes. The average box weight was 2.785 oz. For that reason, these matches aren’t the best for taking camping or backpacking. If you want a lightweight box of matches for those activities, I recommend you look for our Top Pick or a box of waterproof or stormproof matches.

The Third Brand We Tested & Why You Should Avoid It 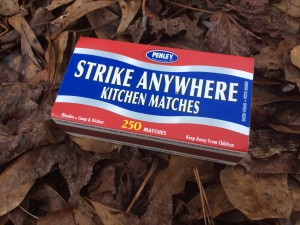 The third and final brand in our side-by-side test was Penley Strike Anywhere Matches. We do not recommend you buy this brand at all — even if it’s the only one you can find.

It was very difficult to light these matches on any surface other than the side of the matchbox. Here are the results, broken down by striking surface, of how many matches lit successfully:

In our minds, with these paltry numbers, the matches shouldn’t even be called strike anywhere matches.

You won’t find these matches in any stores. They have long been discontinued. I included them in the test because I bought them online. However, I recommend you read about why I’ll never buy strike anywhere matches online again before deciding to do so yourself.

NOTE: Some people reminisce online about these matches as if they were high-quality. Though unlikely, I could have received a bad batch.

A Good Brand Available for Canadians

This site is targeted towards a US audience, but we do have a fair amount of Canadian readers. So, I wanted to share with our Canadian readers something that turned up in my research.

A fourth brand, Redbird Strike Anywhere Matches, appears to be widely available in Canada. You can buy the matches at stores such as Canadian Tire. You lucky Canadians!

What’s more, they appear to work very well as demonstrated in this video (the kid in it lights matches by striking them against glass and his teeth, among other things):

Also, side note, I know nothing of the shipping laws in Canada regarding strike anywhere matches. I recommend doing a little research into the laws yourself if you want to order some online.

If it’s matches you want, consider a box of good waterproof or stormproof matches. Or, if you just need to start a fire, you could always get a good backpacking lighter or fire starter.