We tested four different brands of waterproof matches by trying to light 20 of each brand after having soaked them in water and 20 more while standing in the rain. After all that, it became clear that Coghlan’s Waterproof Matches are the best waterproof matches available.

Another takeaway was that it’s important to bring extra striking surfaces if you plan to use a lot of matches on your trip. The striking surfaces on the matchboxes of two of the brands we tested were nearly used up after striking just 20 matches, yet each box comes with 40.

Overall, I frankly wasn’t blown away by the quality of any of these brands. I don’t plan on ever taking any with me on my camping or backpacking trips. I’ll just stick to my mini Bic.

If you’re open to alternative ways of starting a campfire, look at getting a good backpacking lighter or fire starter. If you’re set on matches, consider stormproof matches which are both windproof and waterproof.

If you’re set on waterproof matches, keep reading for our full reviews. You can also watch the video to see each brand in action. 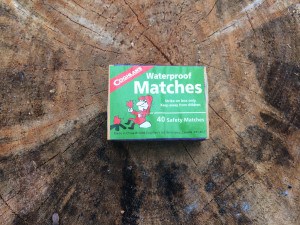 The flimsiness of the Coghlan’s matchbox and sloppy glue job of the striking surfaces didn’t do much to inspire my confidence in this being a great brand of waterproof matches.

Yet, after striking over 160 waterproof matches during my tests, the results speak for themselves: this is the best brand out there.

The waterproofness of the Coghlan’s matches was the best of any brand we tested. They were the easiest to light after having been soaked in water for 30 seconds. And I was able to light a perfect 20/20 when standing out in the rain.

What helped this brand stand out the most was its mixture of waterproofness and striking surface quality. The striking surfaces weren’t the best of the brands we tested, but they were good enough. You might actually be able to light all 40 matches with just the striking surfaces on the matchbox, which is more than can be said for the UST and Coleman matches.

Matches are a simple piece of gear so don’t make this any harder on yourself than it needs to be: get the Coghlan’s matches. 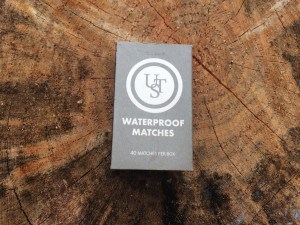 The UST matches weren’t all that bad. If they’re the only matches you can find, go for it.

Their waterproofness and strike-ability were fine, only slightly inferior to Coghlan’s. You’d still be able to easily light them in the rain or after having dropped them in water.

However, there was one important difference between UST and Coghlan’s: the quality of the striking surfaces.

While the Coghlan’s striking surfaces are pretty good, UST’s border on low-quality. I don’t think I could light all 40 matches with the two striking surfaces on the box alone, which is rather strange if you think about it.

I’ll underscore the point I made in the intro: bring along extra striking surfaces if you plan on using lots of these matches. 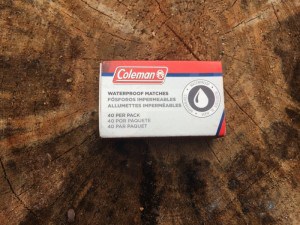 The striking surfaces were the worst of any we tested, depleting and getting waterlogged the quickest. I don’t think I could have lit more than the 20 matches I did on a single box, even though each box contains 40.

I wouldn’t feel confident in my ability to start a fire in a rainstorm if these were the only matches I had on me. I’d be worried about the striking surfaces becoming unusable.

If you ask me, I’d say pass on this brand. 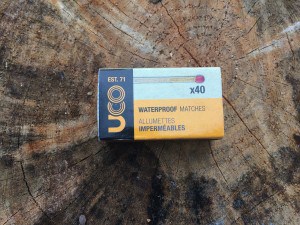 I had high hopes for the UCO matches. I’ve tested their strike anywhere matches and incredible stormproof matches and both were the best of their kind.

In this case the striking surfaces were not to blame (they were in fact the best surfaces of any brand we tested).

Rather, something weird happened to the match heads.

They crumbled when I tried to strike them after they had soaked in water for a little while, becoming unusable. Watch the video in the intro if you want to see how this affected the matches’ performance.

In practice what this means is if your UCO matches stay wet for a minute or more — say after getting soggy from sitting in your pack during a rainstorm — they might become unusable. Clearly, the UCO matches came in last place as a result.

Here are the best waterproof matches:

How to Choose the Best Waterproof Matches for Your Needs

We didn’t test any of these four brands in heavy winds. If you expects windy conditions, look at stormproof matches which are both windproof and waterproof.

If a calm yet rainy day is all you’re expecting, waterproof matches will do the trick.

Striking surface quality only matters if you plan on using lots of matches on your trip — 20 or more. I’ve found from striking literally hundreds of matches that the striking surfaces on matchboxes oftentimes don’t hold up after a couple dozen. The surfaces get completely used up.

Your best bet is to either find a brand with decent striking surfaces — Coghlan’s and UCO’s performed best in our tests — or bring along some extras. You might be tempted to look into strike anywhere matches, but I’ve tested them as well and wouldn’t recommend using those in the backcountry. They aren’t waterproof and only light when struck against dry, hard, and rough surfaces.

Like I said in the intro, I don’t ever plan to bring waterproof matches on my camping or backpacking trips. A mini Bic works for my purposes.

There are many ways to start a fire, and before you spend your money on matches consider the two main alternatives: lighters and fire starters.

This video details it all, but here is a written breakdown of the tests we conducted. 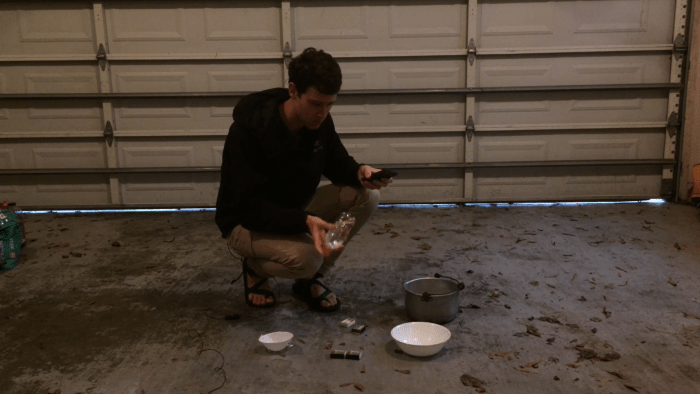 I put 20 matches of a single brand in a soda bottle filled with water. Then I shook the bottle for 30 seconds and dumped the water and matches into a bowl. Picking up a match at a time, I tried lighting as many of the 20 matches as I could. 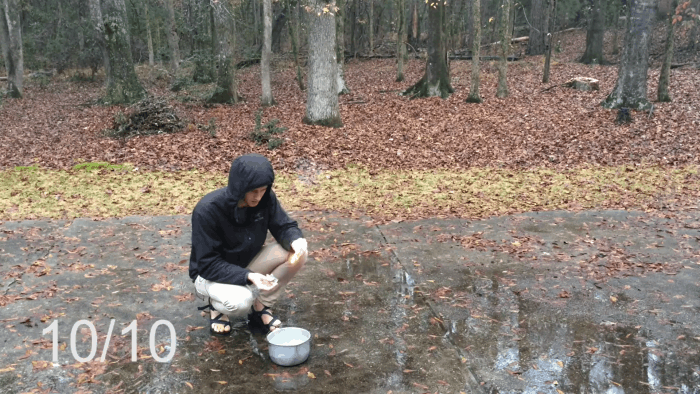 The day I tested was nice and rainy, so I stepped outside for this test and tried to light 20 matches of each brand while standing in the rain. This test allowed us to gauge how well the striking surfaces worked after getting waterlogged and depleted.

LighterPack Tutorial: How to Use It (w/ Video!)