Jetboil Flash vs. Jetboil Zip: Which Camp Stove Is Right for You?

While the extra features of the Flash may seem gimmicky at first, a field test proved that this cooking device is an overall better and more convenient product than the Zip. However, if you’re looking for a more bare-boned, minimalist camp stove with the same bottom-line functionality, the JetBoil Zip may be for you.

To put these products to the test, we planned a four-day backpacking expedition through southwest Colorado. At first, I wasn’t thrilled to abandon my usual MSR Whisperlite.

Carrying the Jetboils without other cooking accessories required me to limit my meals to dry and dehydrated goods. How would I make my famous camp pizza?

Yet, over the next four days, I fell in love with the convenience of these stoves. I used both Jetboils equally to boil water for everyone and everything — water for MREs, water for tea, water for my backpacking coffee maker, water for the portable shower bag.

Since the cooking process went by so quickly, I found myself with much more free time at camp than usual, free time to spend with my friends. The memories I made on that trip convinced me that the added convenience of the JetBoil makes it a worthy replacement to your traditional stove, at least for short expeditions. 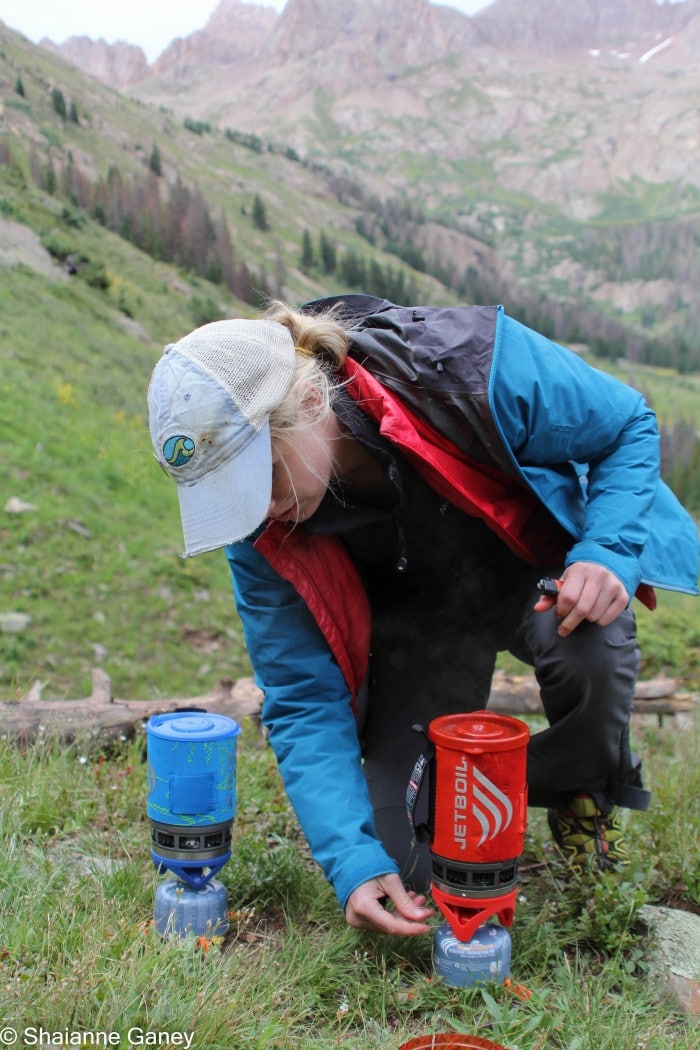 Flash or Zip: Which Is Best for You?

For those looking for a quick answer to whether you should buy the Flash or the Zip, here you go:

There is nothing that the Zip does poorly. Ultimately, it is an effective product that serves its purpose. However, anything the Zip can do, the Flash can do better.

The Jetboil Flash is capable of carrying 0.2 more liters than the Zip but weighs 3.5 ounces more.

This extra fill capacity makes the Flash a better choice for larger camping parties (3+). But, if you are camping in a party of less than three, the extra capacity doesn’t make up for the extra space the Flash takes up in a pack.

I love the Flash for its extra features and accessories, not for the extra amount of water it can hold.

What would be perfect is a Zip-sized Flash. 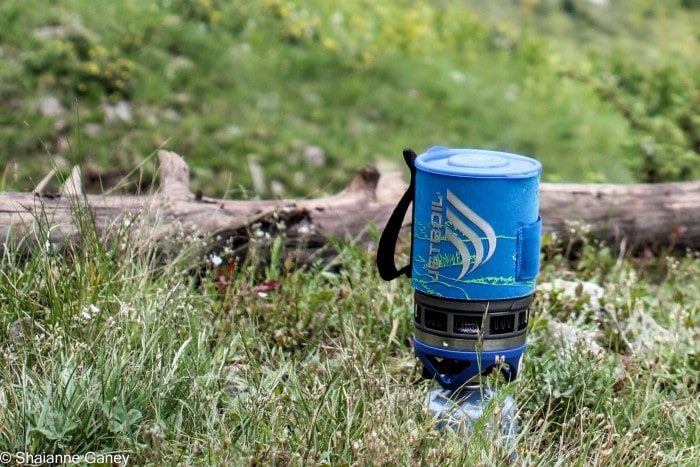 Functionality of the Flash’s Push-button Igniter

Before the trip, I was warned multiple times by multiple people to pack a spare lighter for the Flash. Many friends claimed that the push-button igniter was unreliable, especially in high wind or poor weather conditions.

But isn’t the whole point of the push-button igniter that I don’t have to bring a lighter with me?

We packed the lighter just in case, but never ended up needing it.

Rarely did it take more than two flicks of the button to get it going.

As for the Zip, it requires a lighter and ours always started up like a dream. We even tested, with success, lighting the Zip by using the flame from the Flash. This proved convenient, especially after our Zippo went out.

Over periods of extended use, the Flash igniter might wear out and stop working. According to Original Outdoors, “the piezo push-igniter can be a little temperamental after extended use, and will probably stop working altogether eventually for most users.”

I’ve heard of it lasting multiple years before this happens, however. Know that the igniter can be fixed. Jetboil also sells a Replacement Igniter Maintenance Kit. 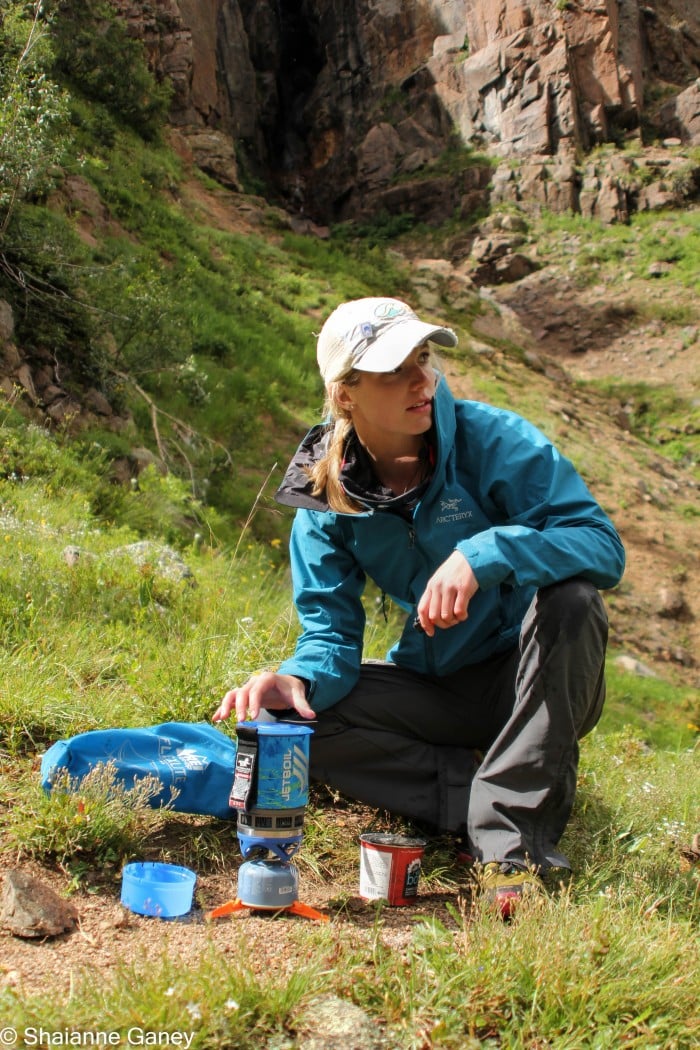 Is the Flash’s Color-changing Indicator a Gimmick?

Before the trip, I was convinced that I would hate the Flash, for unfair reasons.

A color-changing heat indicator? Really? This screamed ‘gimmick’ to me. I doubted it would even work.

Midway through the Flash’s first boil, a friend saw that I was biting my lip and asked how it was going. I believe my exact quote was:

“Honestly, this is kinda stupid. Why would you need a color-changing label to tell you when something is boiling. Our society is getting too soft and reliant on these gimmicky, flashy…HEY, THAT’S NEAT!”

Right on cue, the Jetboil logo turned orange and the water started to boil. It was pretty neat. 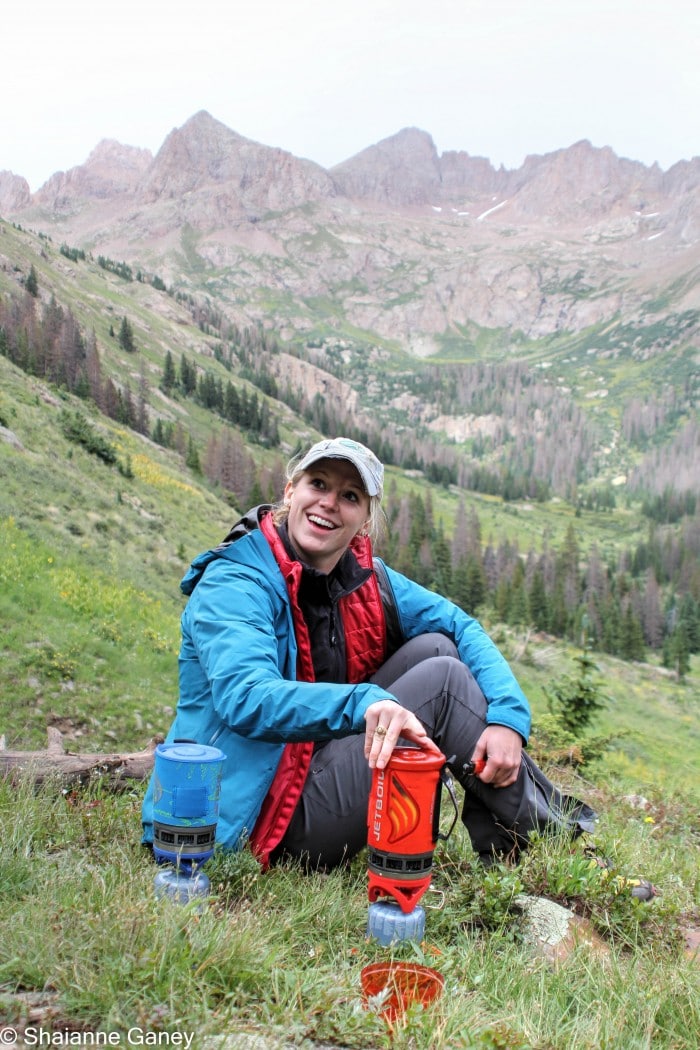 I liked it. It’s a cool feature and it’s fun to watch.

I especially fell in love with the Flash’s color indicator after I forgot to check on the Zip and it promptly boiled over in a fit of jealous rage.

The most important difference between the Flash and Zip is not emphasized enough.

While neither are that effective at regulating the exact internal temperature of the container, the regulation valves on both are designed very differently.

That being said, I hate, hate, hate the regulation nob on the Zip.

It is small, awkward, made of plastic and looks like it would break if it ever made contact with a hard surface. In order to adjust the heat on the Zip, you must pinch a little black nob very tightly and adjust your grip repeatedly as you twist.

Not only that, the nob is inconveniently close to the heat source. If my hands were ever sweaty, I couldn’t effectively twist this thing.

The Flash has a much more effective valve made from metal. The valve itself flips out from the stove and is located far from the heat source. It seems much more durable than the Zip’s nob and twisting this big wire piece is much easier.

I felt much more in control of this device than the Zip.

Notes about the Plastic Parts on Both Zip and Flash

I’ve read several reviews of both the Jetboil Flash and Zip that express concerns over the plastic lid. Some people mention smelling or tasting plastic in the water that is boiled.

I occasionally tasted this plastic flavor. However, Jetboil claims that their heat-resistant plastic lids are “BPA free, and quick to cool.” This quote comes from a generic article on their website. I could find no exact literature from their site regarding the lids of the Zip or Flash.

But I’m admittedly not the best person to talk to regarding health and safety concerns.

We’ve tested and reviewed plenty of other camping and backpacking stoves. If neither the Flash nor the Zip strikes your fancy, check out our buying guides for our top alternatives:

We compared these two stoves side-by-side in three main ways.

We firmly believe that the best way to test a product is to go out and do. The doing part is what we live for.

As such, we took both the Flash and Zip on a 4-day backpacking expedition through Chicago Basin in Colorado.

Amidst peak-bagging and trail blazing, our team of 7 exclusively used the Jetboils for all breakfast and dinner needs, from Eat-a-Bowls to Mountain House meals. During those 4 days, we prepared meals in all kinds of weather — rain, hail, snow, sun and wind (because Colorado weather, right?).

Our base camp was set somewhere above 10,000′ in elevation. 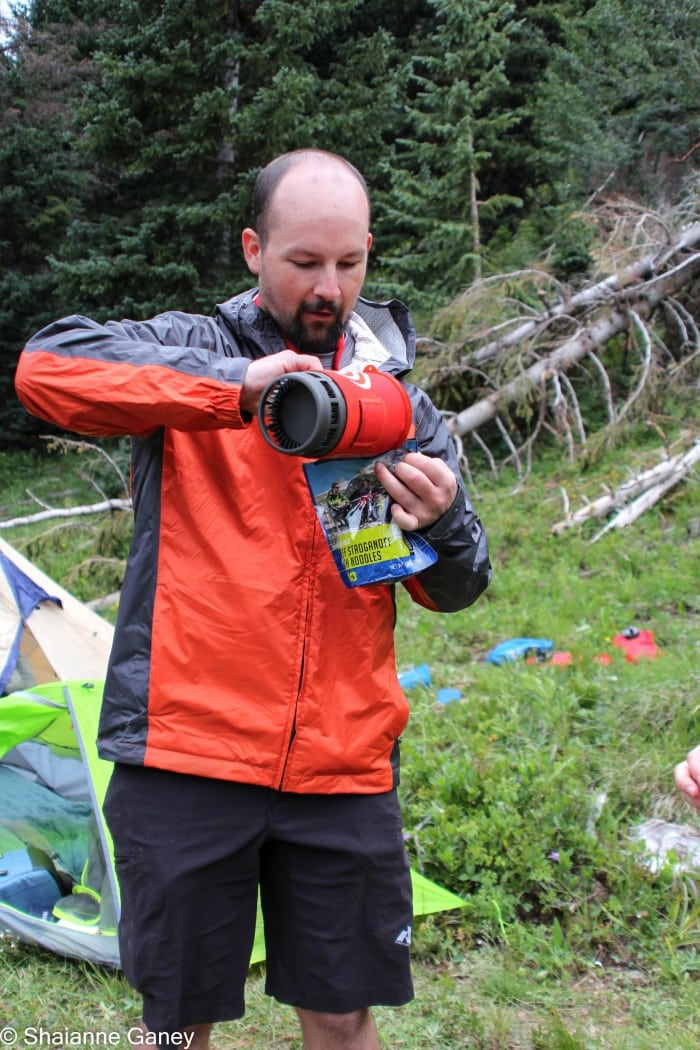 Through our field test, we wanted to know:

According to Jetboil, both stoves boast rapid boiling times thanks to the FluxRing technology and insulated container system. Rather than take these claims at face value, though, we wanted to test them for ourselves.

Our results, based on an average of 3 boils, indicated that although water takes longer to boil at altitude, the overall average boil time is less than what is indicated on Jetboil’s website.

Note: We did not perform this experiment through the entire lifespan of the fuel canisters as Jetboil does in their own testing. However, we did use both fuel cans equally. We also conducted this test with 16 oz of water — or 0.47 L — while Jetboil used 0.5 L according to their website.

Finally, for grins, after we returned from the trip, we also performed a similar boil test of the MSR Whisperlite at 7,000′ in elevation.

H/T to the incredible photographer Shaianne Ganey for her support during this project.