The UCO matches remained lit despite being fully submerged in water, held in front of a leaf blower, and dunked multiple times in potting soil.

UST Stormproof Matches were also resilient in the face of the three elements. Yet they were slightly more difficult to strike and didn’t burn as long. The flame also didn’t recover as quickly as the UCO matches after coming into contact with wind and water. Accordingly, they earned our Runner-up award.

If you want to see the matches in action, check out the video below. Or keep reading for our full reviews. 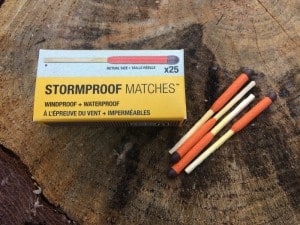 These matches are pretty darn impressive.

Despite all the abuse I threw at them, the flame never went out.

The burn time and strike-ability of these matches were also the best of the three brands we tested. I also know from past experience with UCO Strike Anywhere Matches and UCO Waterproof Matches that the striking surfaces on UCO matchboxes are long-lasting.

Compared to the two other brands we tested, the UCO matches were easier to light, burned more vigorously, stayed lit slightly longer, and withstood the elements better.

They were the clear winner in our tests. 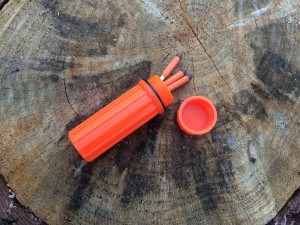 The UST matches were by no means bad. They just were slightly overshadowed by the UCO matches.

If these are the only matches you can find, there’s nothing wrong with them. Although last I checked they are becoming more difficult to find, so even if you wanted to buy them they might be difficult to get a hold of.

As you can see from the above video, these matches didn’t recover their flame as quickly as the UCO matches when I subjected them to our different tests. Burn time was slightly shorter and they weren’t as easy to strike.

Also, there are only 10 of these matches per container. It’s a nice waterproof container but 10 matches might not be enough for you, especially for longer outings. 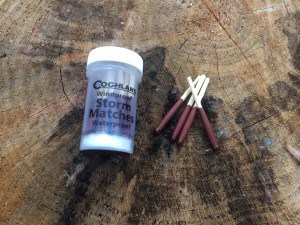 And now we arrive at the loser.

To be frank, the Coghlan’s matches — when compared to basic safety matches and waterproof matches — aren’t terrible matches.

But when you test them alongside the UCO and UST matches, it’s evident they aren’t in the same league.

The Coghlan’s matches failed to remain lit when submerged in water. I don’t even think they’re designed to. However, because UCO and UST have set the waterproofness bar so high, I had to subject Coghlan’s to the same test as the other two. And it failed.

Beyond that, the Coghlan’s matches performed decently. They are windproof but were noticeably slower to reignite after I moved them out of the wind. And when dunked in dirt the matches were a little slow in recovering their flame. The shorter matches also led to a shorter burn time.

I wouldn’t recommend these. The competition is just too strong.

How to Choose the Right Matches for Your Needs

There are lots of matches out there. Strike anywhere matches, waterproof matches, regular ol’ kitchen matches, and now stormproof matches.

How do you know which will suit your needs best? Consider the following.

Where You’ll Be Using Your Matches

Are your matches going to live their entire life in your kitchen cupboard? Or do you plan to take them with you into the backcountry?

On the other hand, waterproof and stormproof matches are obviously more resilient to the elements you’ll be encountering in the backcountry. They’re pricier but you’ll have a better chance of starting a fire in wet or windy conditions.

This one is self-explanatory. Check out the weather conditions you’ll be facing on your trip and buy the appropriate matches.

Oh, and Don’t Forget to Consider Alternative Ways of Lighting a Fire

As an aspiring ultralight backpacker, I don’t take matches with me on my camping or backpacking trips. I take a mini Bic.

There are many other ways to light a fire when outside, and stormproof matches — which are relatively expensive — might not be the best method for your purposes.

This video details it all, but here is a written breakdown of the tests we conducted. 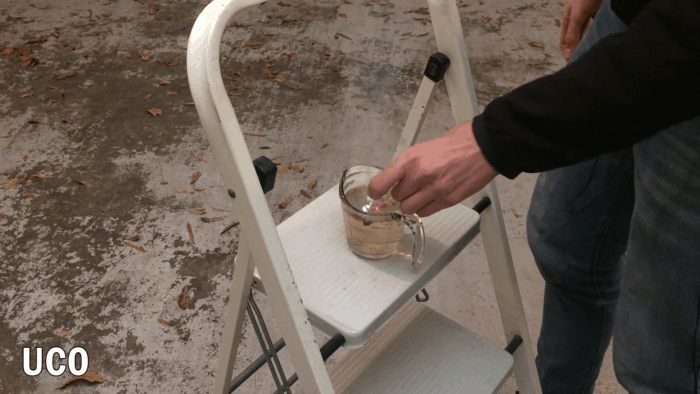 To test how waterproof the matches were, I filled a measuring cup with water. Then I lit matches of each brand and fully submerged them in the water.

After waiting a second, I pulled the matches out and observed whether or not they remained lit. If they did, I took note of how quickly and vigorously the flame recovered.

I repeated this process until the matches burned themselves out.

For this test I pulled out the most powerful source of wind I had: a leaf blower.

After waiting a second, I moved the matches out of the leaf blower’s path and observed whether or not they remained lit. Once again, I took note of how quickly and vigorously the flamed recovered and repeated this process until the matches burned themselves out. 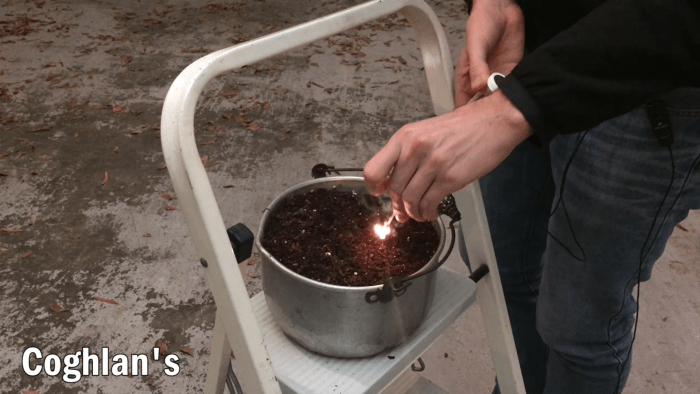 What happens if you drop your lit match and it lands on the ground? Will it stay lit? That’s what I wanted to determine with this test.

To do so, I filled a cook pot with potting soil, lit the matches, and dunked them repeatedly in the soil until they petered out. As always, I paid attention to which matches recovered their flame the quickest.

Are Your Chaco Straps Stuck? Here’s How to Un-Stick Them