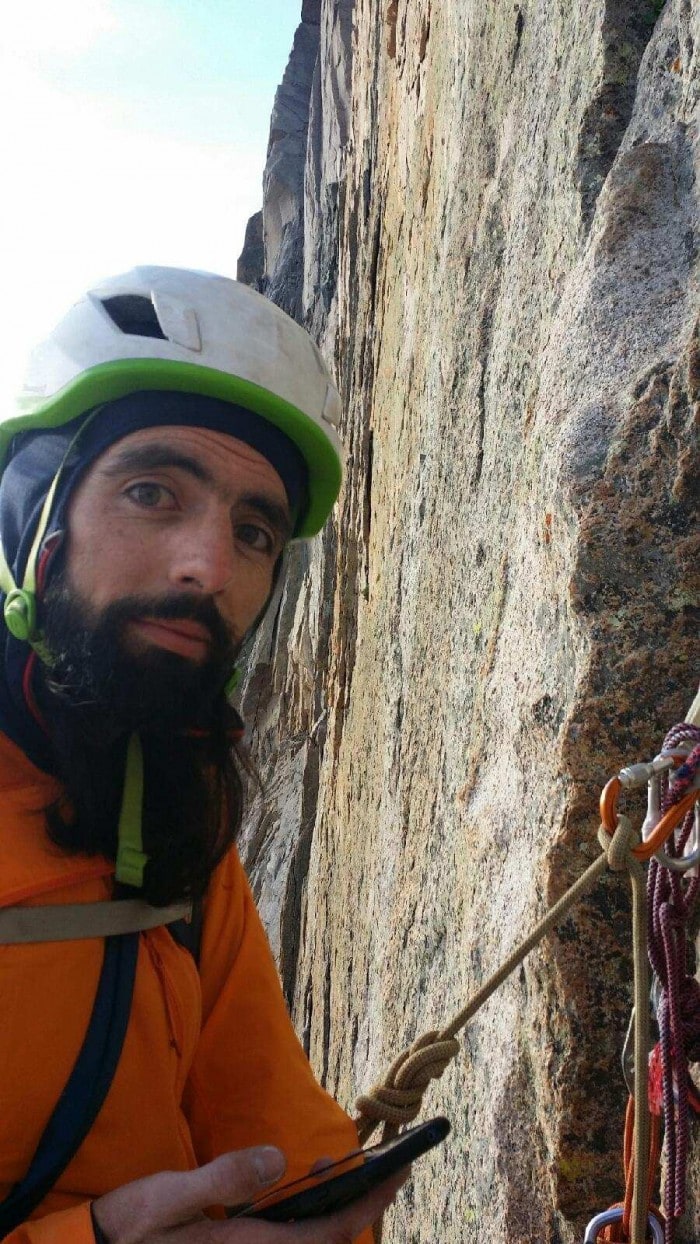 High off the ground on a Petzl Attache.

The original Petzl Attache was a classic in its own right, and the modern generation carries the torch with style. It’s compact, lightweight, well-designed, and exceptionally usable. In our head-to-head test of the best locking carabiners, the Attache came away with the coveted Top Pick award.

To test the Attache, I used it from the gym to alpine multipitch. It thrived everywhere. Read on below for the breakdown.

Despite its compact size, the Attache is one of the handiest ‘biners around. Its large gate clearance makes it a snap to clip anything in, and Petzl’s attention to detail means that all the design details are dialed.

Because of the Attache’s size and design, I felt like it was less likely to shift or crossload while belaying, which was much appreciated. “Super lightweight, easy to unscrew, and easy to use,” said one tester, which just about sums it up.

The Attache’s extra features are few, but well-chosen. Petzl’s traditional red stripe above the screwgate serves as a warning when the ‘biner is unscrewed. This seems unnecessary, but it’s surprisingly nice — having a quick way to visually check your carabiner is intuitive and useful.

The H-shaped cross section of the Attache keeps the weight down but still provides a wide surface for the basket, which keeps the Attache performing well as a top-rope anchor or belay carabiner. 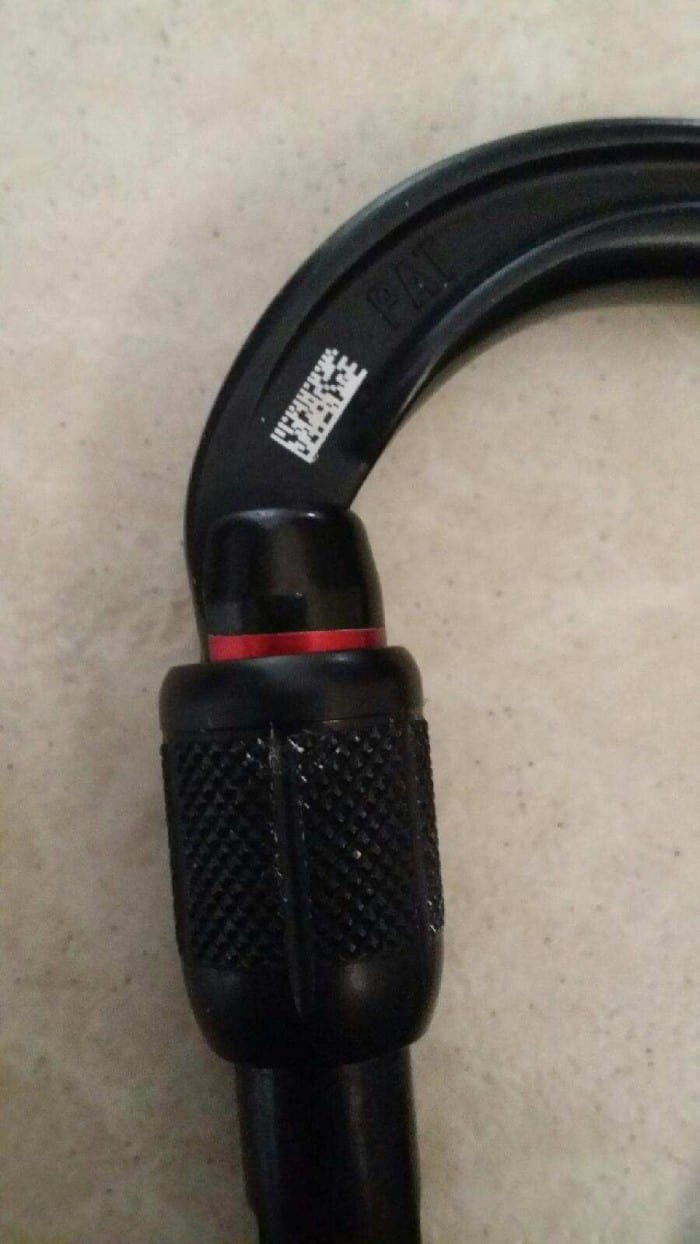 The red stripe on Petzl’s locking carabiners is a simple but effective safety aid.

In some cases, you may need a carabiner with a true round stock. For a belay device like the Edelrid Mega Jul, for example, a round carabiner will feed and rappel more smoothly than something like the Attache. The previous-gen Attache had a round stock, but the new generation sheds some weight with the updated design. In general, this trade is worth it. 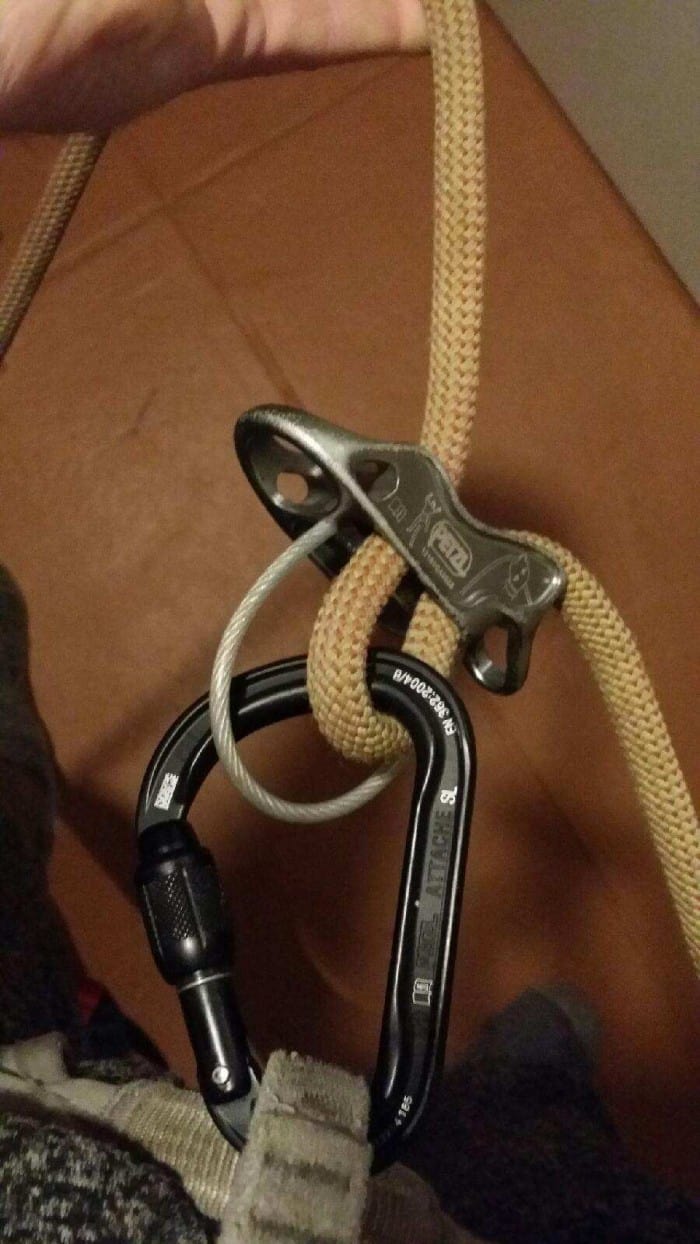 For most belay applications, the Attache works well.

Because of its lightweight construction, the Attache is slightly (but only slightly) less durable than some other locking carabiners. The BD RockLock, for instance, will likely outlast the Attache over long periods of frequent use. Still, I’ve seen no problems with the Attache being used hard in the field, and it remains impressively durable for a ‘biner of its size and weight.

If you prefer a belay carabiner with a dedicated anti-crossloading device, you’ll have to look elsewhere. I’m generally not a fan of such additions, but they can provide extra peace of mind. I found that the Attache’s size and usability made it less likely to crossload than some larger ‘biners anyway.

Other than the specialized cases noted above, the Attache excels pretty much anywhere you would use a locking carabiner. It’s a supremely capable belay carabiner, and it’s just the right mix of weight and capability for long multipitch climbs. Its size makes it more versatile than most HMS carabiners, although you may still want a few smaller lockers for duties like going in direct to bolts.

As a versatile HMS, I don’t think there’s anything on the market as good as the Attache. I use mine for everything from clove-hitching onto anchors to toproping, and it’s still one of my favorite carabiners ever.

The Attache isn’t the cheapest carabiner on the market, but it’s far from the most expensive. It’s slightly more expensive than our Best Value pick (the Black Diamond RockLock), but still much cheaper than options with features like auto-locking gates or fancy anti-crossloading devices.

If you don’t need the lightweight performance, or you simply need a carabiner that will last a long time for a good price, then you may want to check out the RockLock. Still, the Attache provides excellent value for the money.

How the Attache Performed in Our Testing

The Attache received a near-perfect score in this category. It functions well in almost every circumstance, and Petzl’s craftmanship is predictably excellent. 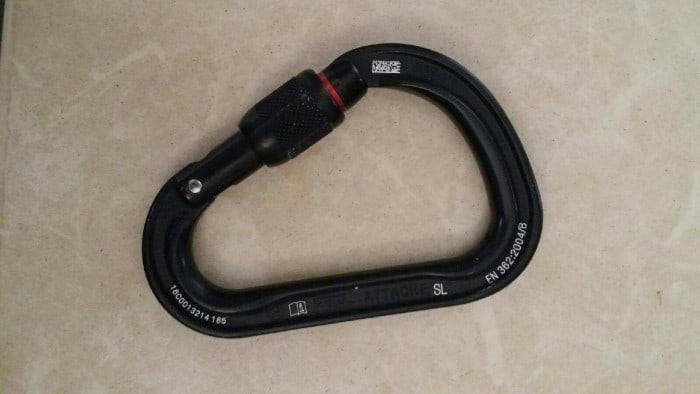 The Attache’s compact shape and clean design led to a high overall score.

The Attache joined the RockLock as the only other carabiner to score perfect marks for usability. It’s intuitive and well-designed, and it handles like a larger carabiner. This is notable considering the carabiner’s size and weight — it’s easier to handle than some much larger carabiners, which is an achievement in itself.

I put each carabiner through a “time trial” of common transitions, and the Attache came through with an average time of 7.94 seconds, only slightly slower than the fastest carabiners in the test.

The Attache excelled in this category as well. Superlight offerings like the DMM Phantom may outstrip the Attache slightly in terms of weight, but won’t provide the same functionality. Along with the VaporLock, the Attache is the least-clunky HMS carabiner we tested.

The Petzl Attache is the best locking carabiner on the market. It’s lightweight, well-designed, and very versatile. If I were forced to pick only one locking carabiner to use for the rest of my life, this would be it. Some carabiners may do specific jobs slightly better, but none match the all-around performance of the Attache.